Having a family is hard work.  Having kids is the ultimate self-sacrifice.  You give, they take.  It’s sometimes such very hard work but always, always worth it.  The tantrums, the crying, the whining (OMG the whining) is sometimes enough to send your brain into meltdown but…it doesn’t last long (keep telling yourself this) and when they give you a kiss and tell you they love you, all is forgotten.

Chaos (3y 5mo) is a typical Threenager, full of energy, he bounces out of bed at 5.45am (OMFG Yawn!!) singing (mainly to the theme of Jingle Bells…all…year…round!), talking and dancing the morning away, luckily I can poke hubbie and up he reluctantly gets up. Chaos’ energy levels are astounding!  To call him a Pocket Rocket wouldn’t cut it, he’s a Pocket Supernova!  Spark his interest in something and he’s hooked, inventing his own elaborate games, schemes and worlds.  A pack of 5 dice become a tug boat, an army boat with soldiers attempting a rescue, a tower for firemen to climb to put out the gigantic fire and a barrier, there are always barriers!  He’s looking so much older now, a proper boy, I look at him now and can imagine what he will look like when he’s a teenager.  The difference from his 3rd birthday in February, until now is crazy!

Mayhem (1y 9mo) is so very different to his brother.  He has already well established his terrible-twos-tantrums, if something doesn’t go his way, you will know about it.  He’s just getting over his phase (we hope) of head butting you if he likes you, thinking this is terribly funny.  He laughs, and laughs a lot, a great sense of humour which is unique and all his own.  He loves to be carried and shown things, so very, very inquisitive, if you try and put him down…woe betide, he clings onto you like a cheap souvenir koala bear toy and believe me, you will feel and hear his wrath if you try to shake him off!  Hanging out washing one handed whilst he clings onto you is quite an art…but you get used to it.  He loves kisses and presents his head for you to kiss, going from person, to person until he has a kiss from everyone, then starts again.  He calls his brother Daddy and Daddy, Daddy, which can get somewhat confusing but is adorably cute.  His favourite thing at the moment is to put food into water bottles, drink and pour the water (everywhere) and then eat the soggy food.  Yum!

I sometimes marvel at the differences of the two boys.  The same genes but what a mixture.  The same curls but one blonde, one brown haired.  The same lips but such different characters.  What a joy it is to have children so that we can see them develop and grow.  I am still amazed everyday that my husband and I have created two beautiful and unique little people. 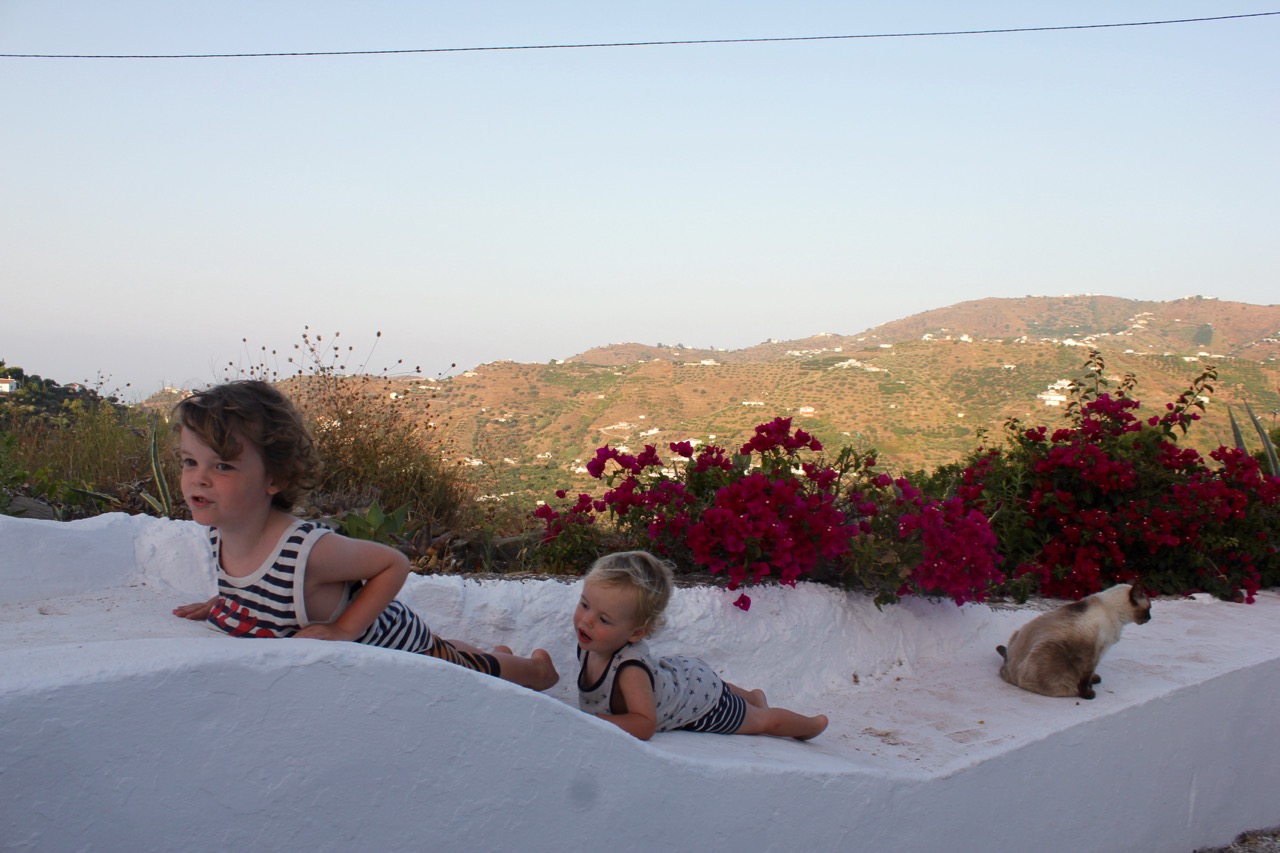 It is nearly a year now since Mayhem had a big operation to remove a benign tumour that was killing him.  He struggled to breathe, his heart was working twice as much as it should have and he came so very close to dying…too close.  It turned our world topsy turvy, thank goodness he survived and had the medical help he needed.  So when Mayhem asks for the umpteenth time to be picked up and I feel like he’s never going to ween, feeds all night, when  Chaos talks non-stop about his lego adventures and throws a typical threenager tantrum cause his feet are wet too wet, as he went in the swimming pool (!!?) and my head is about to explode as I just want to go to the toilet and have a wee and a shower by myself…!!  I pick him up Mayhem the Velcro kid, cuddle Chaos the threenager, smile, kiss their precious little heads and count my blessings…How amazing it is to be a parent, how lucky we are to have a family!

36 Replies to “Chaos The Threenager & Mayhem The Velcro Kid”