El Torcal Natural Park is 12kms from the town of Antequera.   The road to El Torcal is sporadically signposted with brown signs bearing the pancake rock logo.  In true Spanish style (aplogies Spain) the signposts disappear when most needed, the steep and winding road to the park is found to the South end of Antequera,  behind the castle.

As you get closer to the park,  the landscape takes on a bizarre appearance. Herds of sheep watched on as we drove close by, the ploughed fields and olive groves made way for rocks and lots if them.  A few kilometers into the park we arrived at the modern information centre car park, approximately 1300m above sea level.  Clearly a popular park, there were quite a few visitors, a section of the car park was taken up with camper vans.  Wow, what a place to sleep.  The visitor centre has an exhibition with an interactive section which the boys really enjoyed,  especially the smelly tubes!  There is also a shop and a cafe with a terrace overlooking the park.

The information centre staff informed us of the yellow and green walking routes and showed us their map, both routes start in the same place next to the car park.  At just 1.5kms and 3kms we thought the routes would be a doddle, ha!  An understatement to say the least.   The 1.5km yellow route was supposed to take 45minutes, double ha!  The paths are rocky, very rocky and at times difficult.  The rocks on the path have been smoothed over time and when covered in mud,  as they were when we went, they became really, really slippy and made walking pretty difficult, especially with a two and three year old in tow!

Despite the odd muddy slip and fall (Chaos was covered by the end of the day) it was great fun to follow the well signed route and look for the direction arrows painted onto the rocks.  As we ducked under branches and squeezed through crevaces,  the views of the rock formations were stunning.  It was as though we were walking on another planet; so quiet and tranquil.  We were even lucky enough to see Ibex close up and vultures circling overhead.

After a few muddy slips,  lots of fantastic views, an amazing experience and a lovely three hour walk (yes it really did take this long for a signposted supposedly 45 minute walk), the yellow route finally led us right back to the cafe for a well earned ice cream. 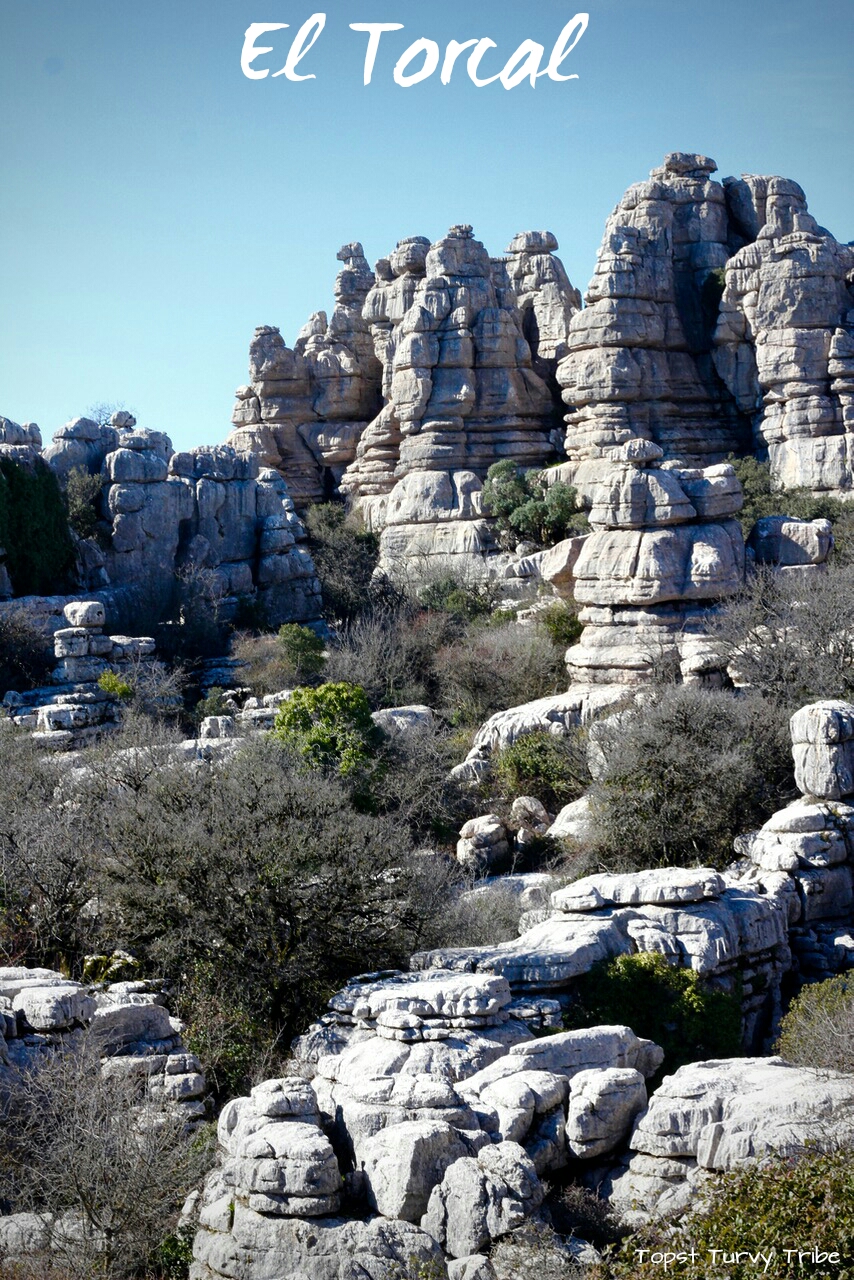